In 1999 (Heisei 11), I became a Mt.Youteizan Hinangoya Refuge hut in Shikotsu-Toya National Park jurisdiction from the age of 35. The Mt.Yotei Management and Conservation Liaison Council, consisting of the five towns of Niseko Town, Niseko Town, Makkari Village, Kimobetsu Town, and Kyogoku Town, has been appointed as a part-time staff for mountain guidance.This year marks the 21st season* XNUMX.

The first year of work was increasing at that timeCommercial climbing (so-called tour climbing) distress accident* 2Was involved near the summit of Mt. Yotei and was involved in a rescue operation in a major accident that killed two people. Later, this accident was the first civil lawsuit in Japan for a tour to climb Natsuyama. It was a brilliant first year for me as a newcomer.

Since then, as a manager, he has exchanges with the Ministry of the Environment, Hokkaido, and the council Gomachi villages, and at the same time, with people who use national parks, police, fire departments, hospitals, nature conservation groups and guides, etc. I came with a connection.

Shikotsu-Toya National Park, which I have been acquainted with for 21 years, will celebrate the 70th anniversary this year.

Shikotsu-Toya National Park is 70 years old. What is its appeal? I would like to talk about issues, problems, prospects, and the future to aim for from a unique perspective from the position of the park instructor, nature conservation observer, and manager.

Shikotsu-Toya National Park was designated as a national park in 1949. The park area is 24 ha. The park is composed of active volcanoes such as Mt. Tarumaesan, Mt. Yotei, Mt. Usu and Showa Shinzan, mainly at Lake Shikotsu and Lake Toya, which are the lakes of Lake Cartedura. Each area is dotted with beautiful scenic spots, such as hot springs with rich spring qualities, Jigokudani of explosive craters, moss caves with eroded terrain. Surrounding the city of Sapporo, which is a large city, and close to cities such as Chitose, Otaru, Tomakomai and Muroran, it has excellent access to the park. Not only tourists but also people who live in the city around the park-enjoy using the park on a daily basis. Many of the residents in the surrounding area have an environment where they use the park on a daily basis. This is a major feature of Shikotsu-Toya National Park and is attractive.

People use a variety of park styles and enjoy their out-of-town activities.

It is noteworthy that people from all over the world are visiting this national park in search of the “superb snow” that is unique in the world.

The word "JAPOW", an abbreviation of JAPAN POWDER, which is now a common language in the world, is said to have originated in Niseko.

The snow in Mt. Yotei / Niseko area is dry and very light. Moreover, the huge amount of snowfall attracted the attention of the world, and Niseko quickly made the world aware of the splendor of snow in Japan.

In particular, the great descent from the crater of Mt. Yotei has been a longing for skiers all over the world. They hire an international guide and glimpse the great crater of Mt. Yotei, JAPOW, to pay a high guide fee to climb Aconcagua in South America and join the ranks of Summiters.

The Shikotsu-Toya National Park, which holds Mt. Yotei in winter, is a sacred place for the Japanese snow "JAPOW", which is attracting attention around the world.

In the first place, does the National Park consider the extreme balance of protection and use, and develop a business to maintain and repair it? Is it the original path? It is the current situation.

Therefore, if the imbalance of "balance between people and nature" continues, the beautiful and rich natural environment of the park will be damaged, it will not be an attractive and meaningful place for users, and nature and people will disappear Will end up.

The problem is overuse. Environmental degradation is progressing due to the concentration of users in facilities and fields.

Another problem is toilets and congestion.As for the toilet, it is desirable to use it together with a portable toilet because it is not a bio toilet* 3. Is there a similar countermeasure for contaminants? The countermeasures involve enrichment of used facilities and treatment facilities.

It is indispensable whether the problem of isuzu is a cost that is required for the countermeasures, and it is necessary to focus on wisdom in various ways, such as entering the park, entering the mountain, and using the fee, and generating it from related organizations.

Thus, the problems are piled up and it is already time to take action to take countermeasures with the immense energy needed to take action or to pass on this rapidly degraded national park to the next generation. .

With the exceptional snow quality unprecedented in the world and the huge amount of snowfall, people from all over the world ゙ Considering the current situation of visiting Niseko area in search of JAPOW, Mt. It is extremely natural to classify as (the Niseko mountain range now belongs to Niseko Shakotan Otaru Kaigan Quasi-National Park).

If a new national park that is recognized and admired by people from all over the world is born, then the flow will head to the World Heritage Site of Snow.

A new national park or a natural heritage of snow.

* 1 This year marks the 21st season
As report of 28, Hideki Kondo's"This year at Mt. Youteizan Hinangoya Refuge hut" You can read from here.

* 2 Commercial climbing (so-called tour climbing) distress accident
It is said that " Yotei paid mountain climbing tour frozen death case '', the tour conductor became the defendant in the negligence defendant case on business, and on March 16, 3 in Sapporo District Court, a conviction of 17 years imprisonment, 2 years postponement was executed. Was issued.

* 3 Regarding the toilet, it is desirable to use it with a portable toilet as well as a bio toilet.
When the Mt. Youteizan Hinangoya Refuge hut was renovated, the first TSS (soil treatment) toilet in Hokkaido was added. Mr. Hideki Kondo reported that he felt the situation, efforts, problems and future issues of the TSS type toilet after one year operation after installation"Yotei Toilet Report" You can read from here.

This article is also a PORTALFIELD expertHideki KondoWith the help of, we have been able to reprint the contributions published in the Ministry of the Environment-related journal "Kokuritsu Kouen(National Park)" to PORTALFIELD. Thank you for taking this opportunity.

In the next issue, I will post a story that asked Mr. Hideki Kondo about the contents related to this contribution.

You are the owner of Ezofuji Goya (Ezofuji Hut) and also the administrator of Mt.

One of the best known people of Niseko's nature and history throughout the year.

He is a guide to Mt. Yotei with NHK BS "Nippon Hyakumeizan", and guides the winter season of Yotsuya in winter in BS Fuji "Scenery Hyakumeizan", and the snow season in BS TBS "Discovering the scenic spots in Japan".

In the year of 2018, he is recognized for his achievements in mountain accident prevention as a national park instructor, and receives an award from the Ministry of the Environment, Natural Environment Bureau.

I will advise anything about Mt. Yotei and Niseko. 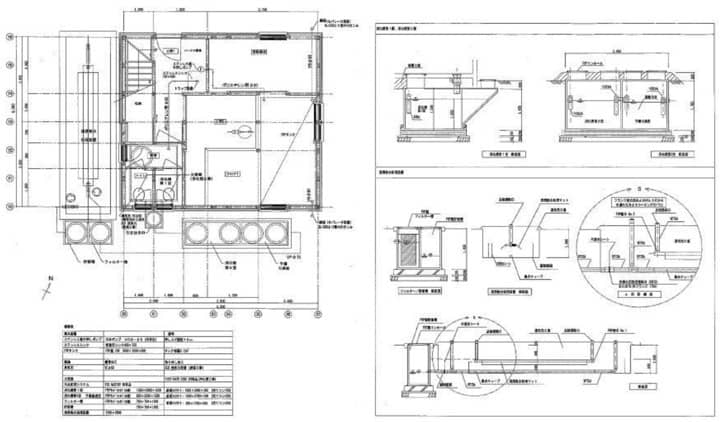 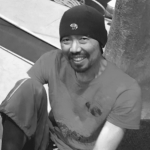 Tefu @ the best dog in the world  May 3
[2020 latest review paper first part?] GARMIN GPS watch
I referred to it very much and purchased 6X myself. Thank you...

PORTALFIELD Takahashi  May 3
Solve the problems of express buses! “Kiyota Ryokan” nap room service in Toyama
These inns are very useful! Toyama has many business hotels, but ...

PORTALFIELD Hamasaki  May 3
A documentary film that pursued a partner with paraclimer Koichiro Kobayashi
Para climbing is a climbing competition for people with disabilities. ...

PORTALFIELD Hamasaki  May 1
[Miyama mountain cottage] Note race, Tanzawa of snow
Tanzawa in the silver world many times a year. You hit it wonderfully. However, the first ...

PORTALFIELD Takahashi  May 1
[Miyama mountain cottage] Note race, Tanzawa of snow
During the snow on the first day, the words, "It's dangerous to tan in Tanzawa" ...

PORTALFIELD provides the latest information in various fields based on three services: "PORTALFIELD News" for general news, "Yamamedia" for mountaineering related information, and "mikketa" for weather forecast for mountain huts and mountains. The media to deliver. For more information"TOP""About PORTALFIELD."

Back to Top
Close + Delivery
Do not follow this link or you will be banned from the site!